Here’s an interesting detail that sometimes goes un-noticed. Has anyone ever questioned the purpose for the small cutout notch in the Passenger side Frame-rail? It is there to allow the tip of the Alternator Bracket to clear during Engine installation! The Bracket protrudes past the Alternator’s Housing a small amount but just enough to warrant the small cutout in the Frame-rail. Here are a couple of pictures to illustrate the point. 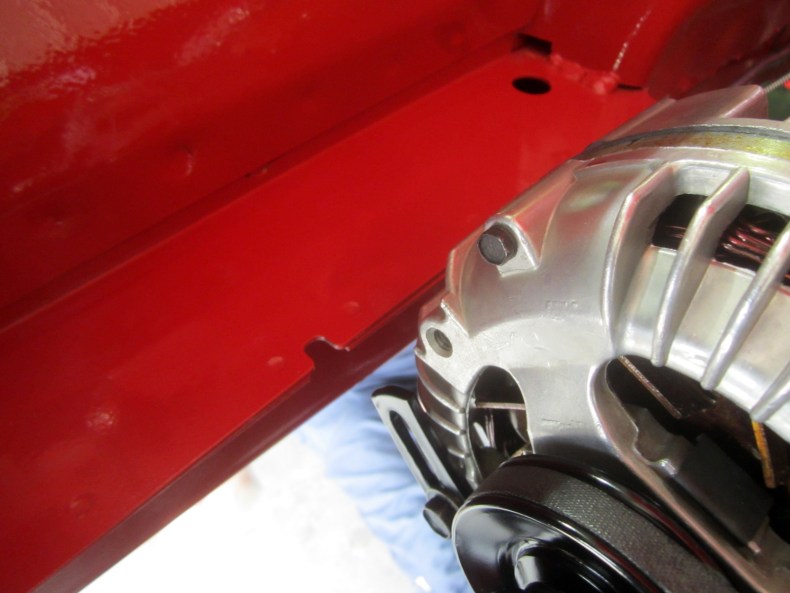 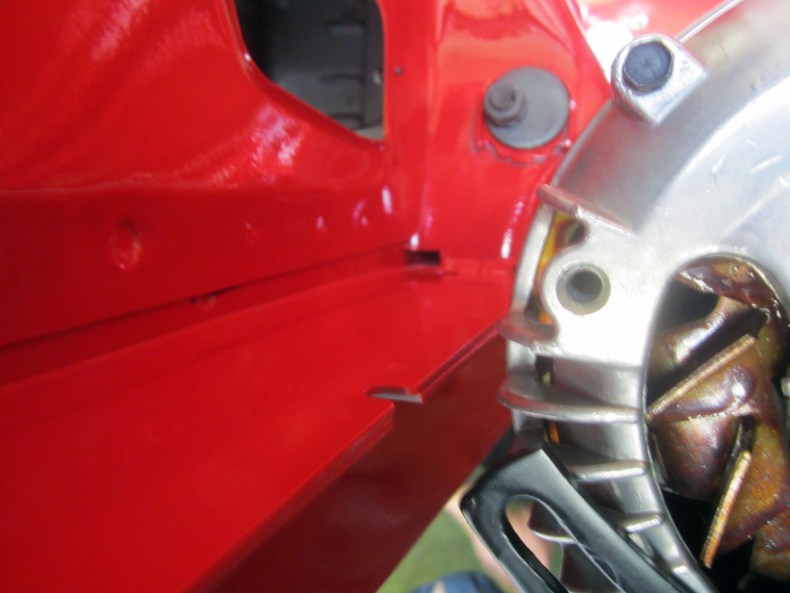