As requested, here are close ups of the front (Driver Side) Lower Control Arm and the Engine without the Air Cleaner Housing installed. We have changed the incorrect large head Caliper Bolts to the smaller head versions that are original for the 1970 model year. Other small changes are constantly being upgraded and I will post the final photos of those details in the near future. Thanks for the inquiries. 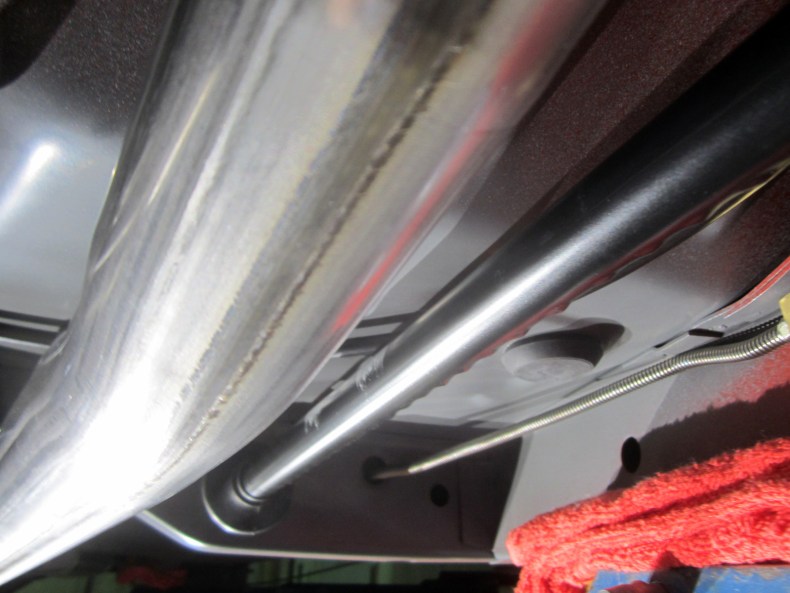 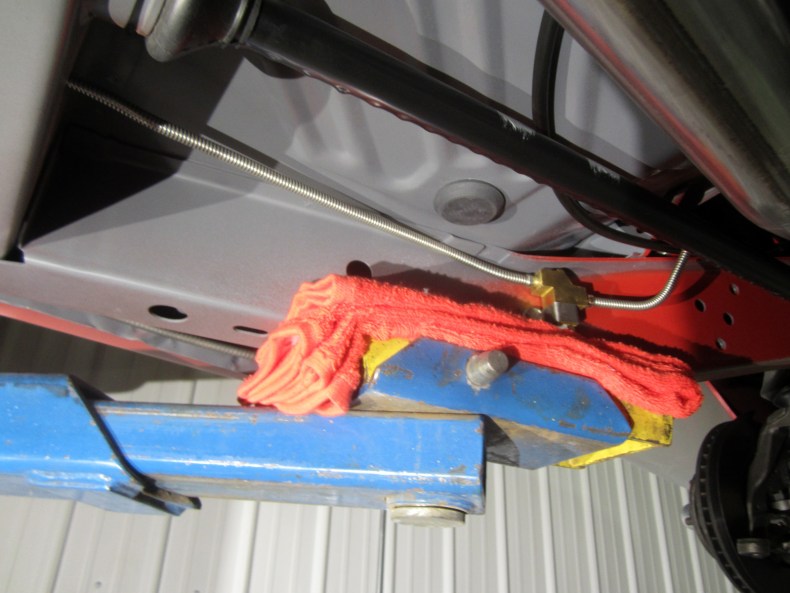 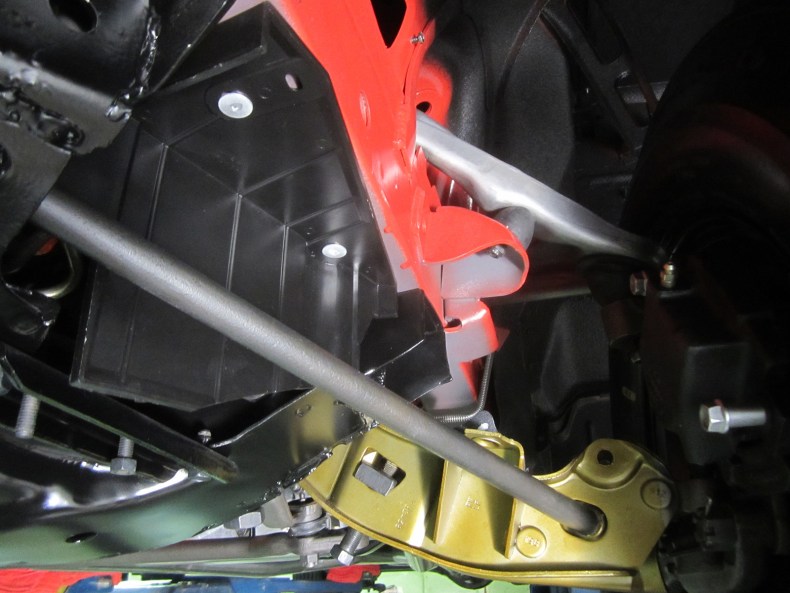 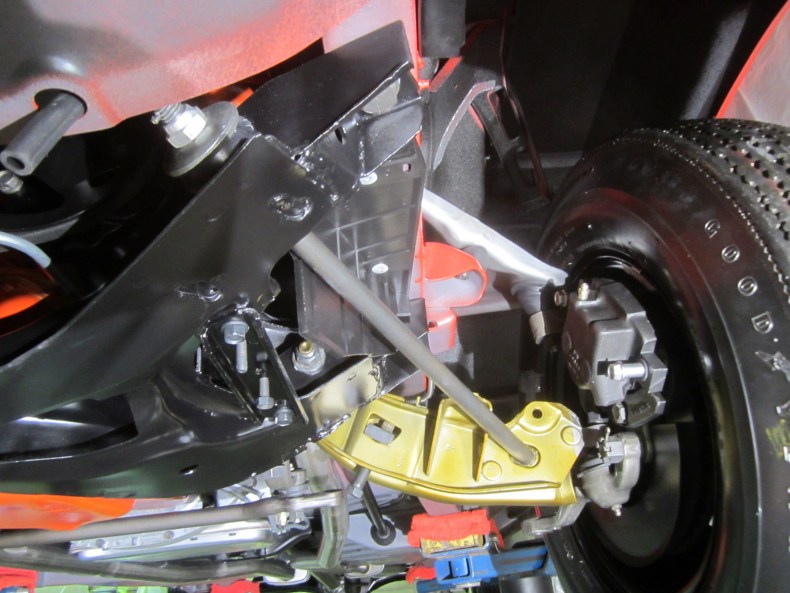 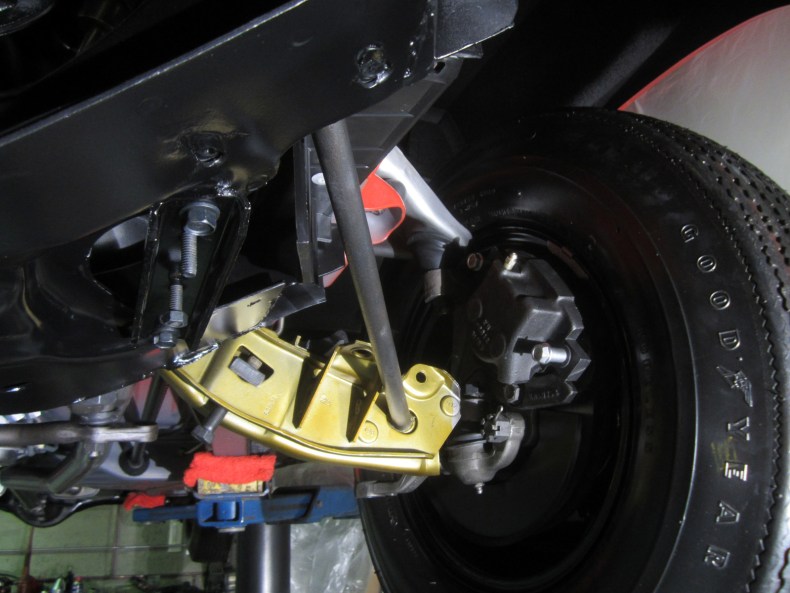 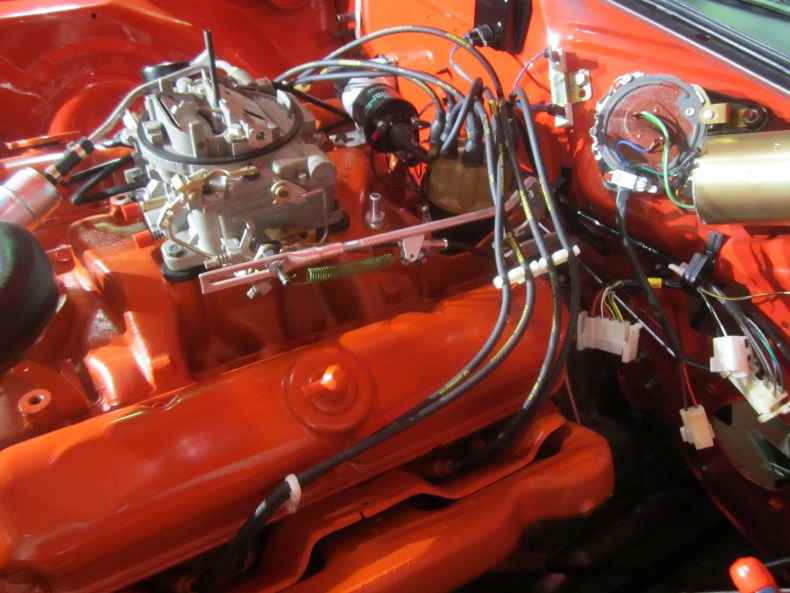 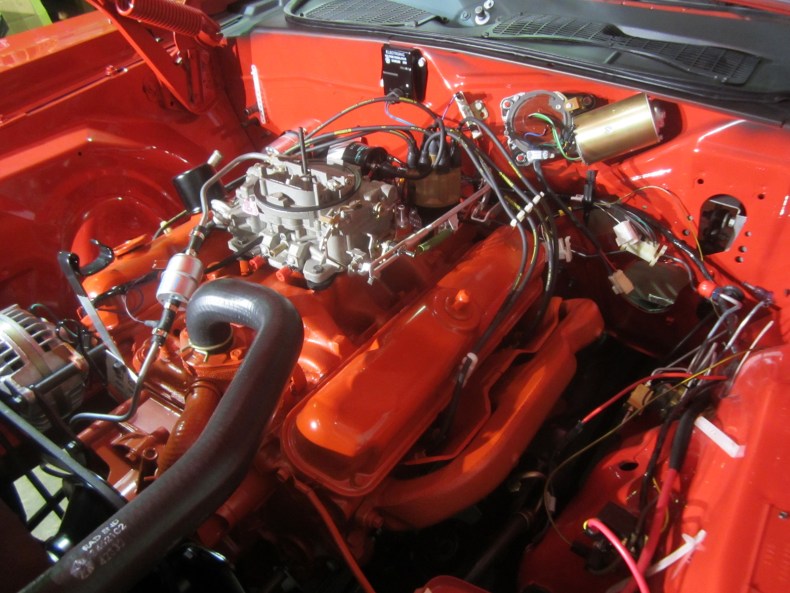 A few people have asked about the “coloring” of the Tape that covered the Vent hole. I have seen both Tan & Black Tape used to cover the opening. The Tape was snapped from a roll dispenser and had serrations at the ends. It was not painted on the Rear Housing because that would have sealed the Tape to the tube and caused a hard, encapsulated covering of Paint. That would have made it much harder to push the Vent Tube through the hole and caused paint debris to fall into the opening. Keep in mind that the purpose of the Tape was to keep contamination from getting inside of the Axle Housing.

Below are a couple of pictures showing original examples of this Tape detail. Also shown is the restored version of my 1970 Valiant. In contrast to the previous pictures posted earlier, we decided to swap out the black Tape with the tan color material. You will also notice in those previous photos, that no serrations or “torn edges” were evident. I originally wanted the Tape to slightly differ from the Factory examples. This was done to coincide with our Concept theme. Instead, we are now going to use the same serrated ends that have been documented on the Factory originals. I’ll have updated photos of the 4 Door example soon. 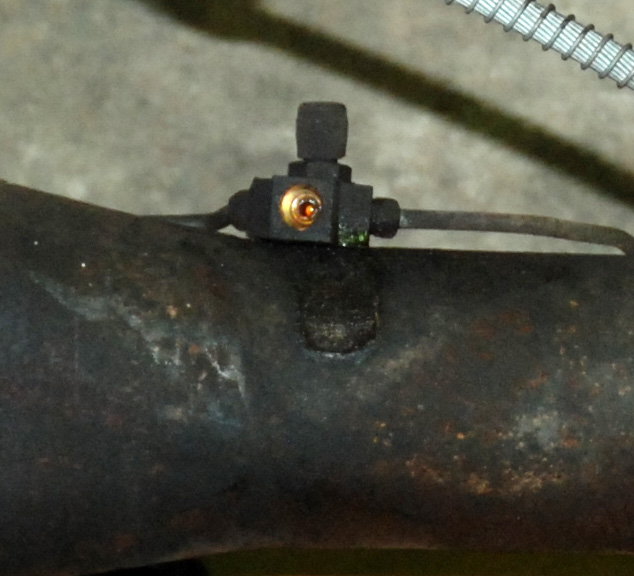 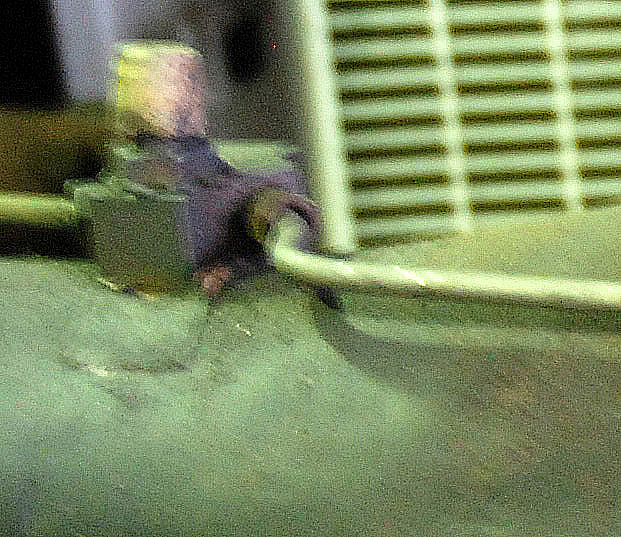 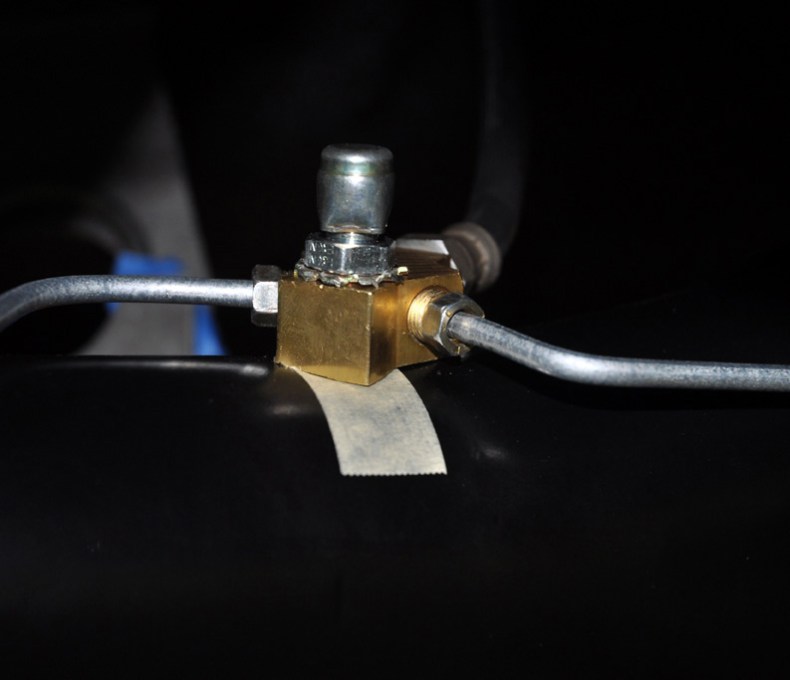 Here are a few pictures of the Rear Assembly Vent Tube and the Driveshaft that we had “custom” made for the vehicle. The Tape that covers the Vent Fitting Hole was used to keep contaminants out of the threaded opening during shipment. Once the Rear End Assembly made it to the Plant, the Vent was installed and the Tape was sometimes left in place. We have documented many original Chrysler vehicles that still had remnants of the Tape still in place. 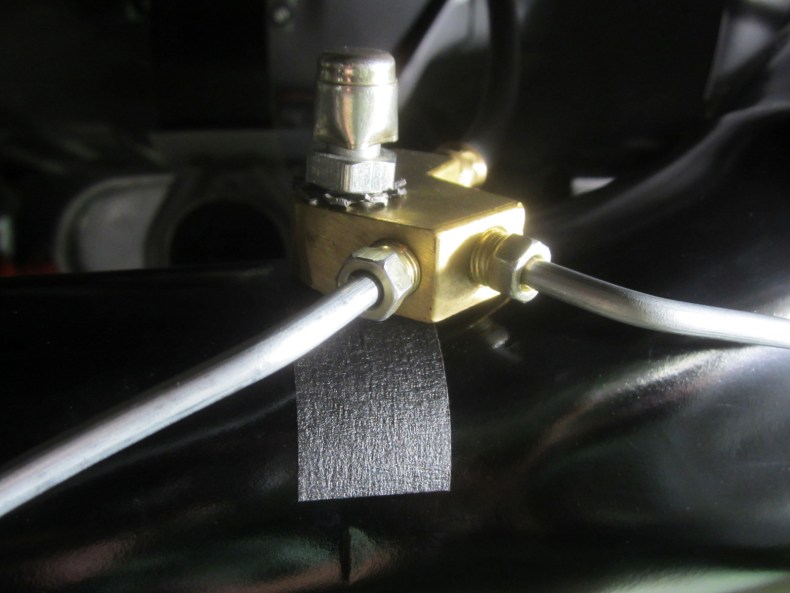 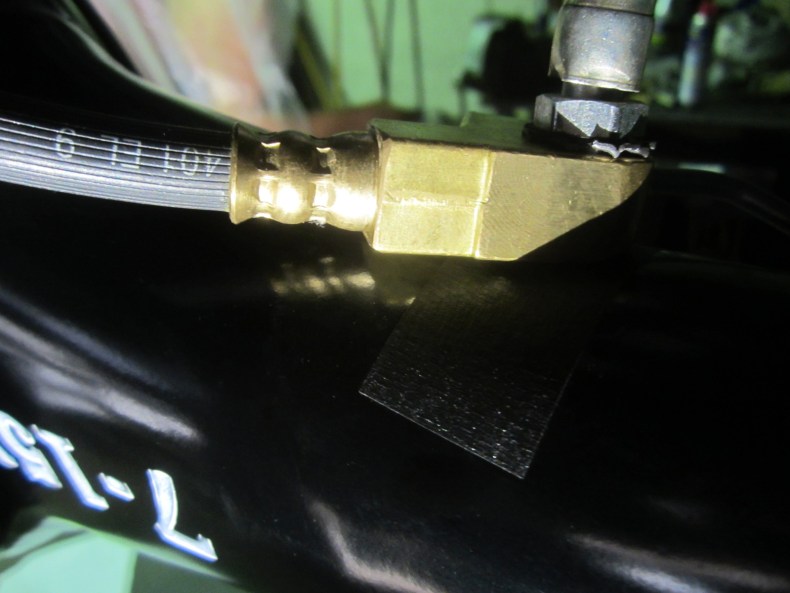 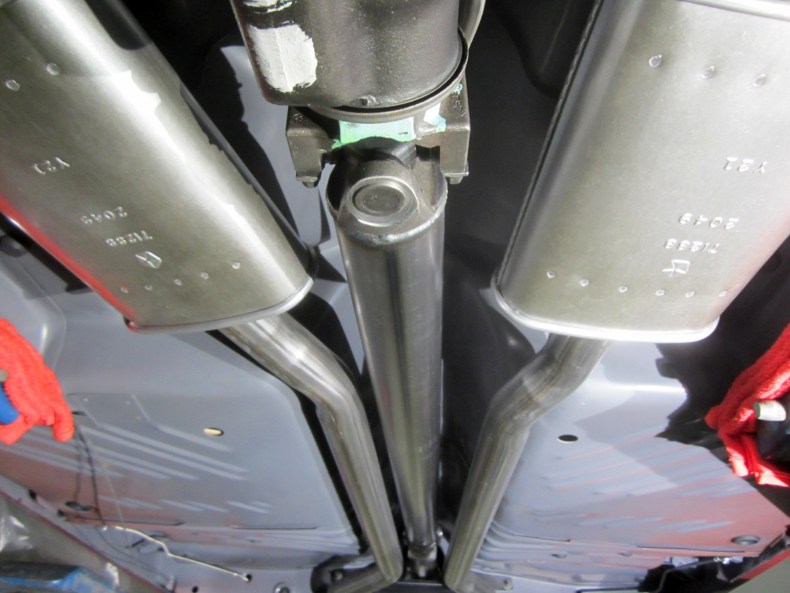 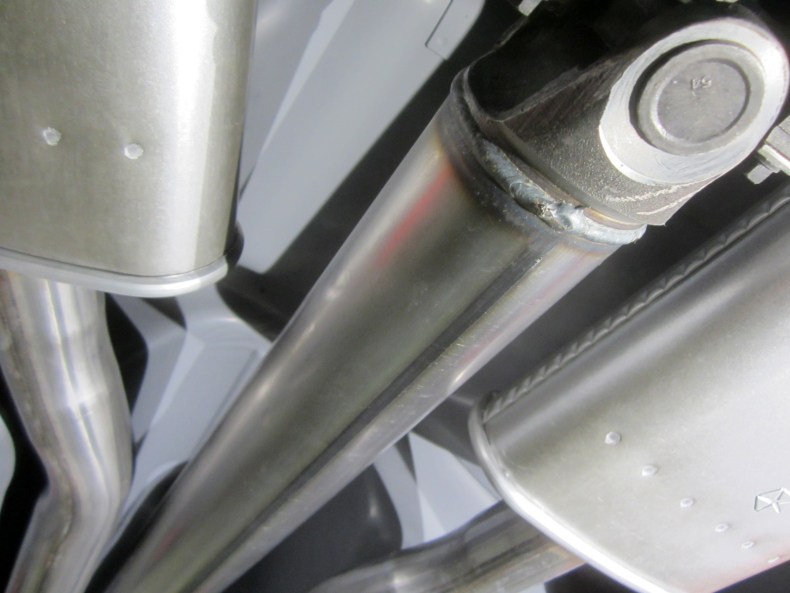 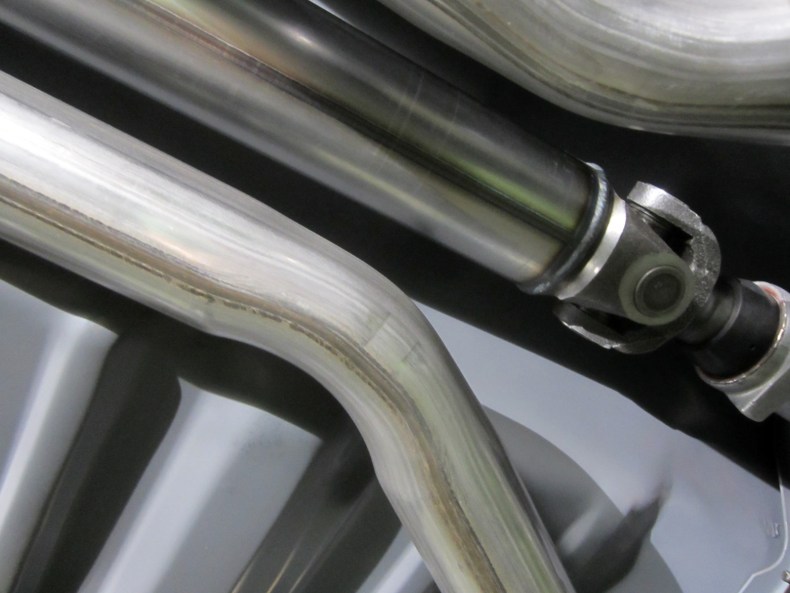 I have been asked numerous times if we will ever enter this vehicle in an OE Show. If we do not enter it in the SEMA Battle of the Builders venue, the only showing for this Car will be “display” orientated. Unlike the many OE Cars I have restored, this one will not be allowed to enter that arena because it is not an OE Car. I’ve been involved in the OE Competitions for the better part of 25 years. Prior to the Mopar Shows, I’ve had GM & Ford vehicles that took top honors in their showings. Other than the first Show I entered in 1992, my vehicles have never placed worse than First Place & Best of Show. After a second place finish in my first Show, I vowed never to take anything less than 1ST Place and Best of Show in any National venue. To date, that goal remains unblemished. I’ve been doing OE Competitions since the early nineties. Prior to working with Steve and meeting him in 2002, I did the Restorations on my own.

If it were possible to enter this Concept Tribute in an OE venue, I would do it in a split second. This Car displays OE characteristics, superior to ALL of the other vehicles we have done. I felt bad for a couple of guys that I read about on one of the Forums a while back. One guy had a Burgundy Duster and the other had a Black Charger. The pictures showed the cars sitting in a parking lot with their Hoods open while braving the Summer Heat. I believe it was at a McDonald’s (Restaurant) Parking Lot Show. One of the guys talked about the thousands of dollars he had spent on his Car but never could win a thing. The only thing he got at that Show was a “Ham-burglar or Big Mac” Participation Award. It’s the details that makes the difference between a National Champion and a wannabe.

Here are some of the past Awards from my OE Restorations. 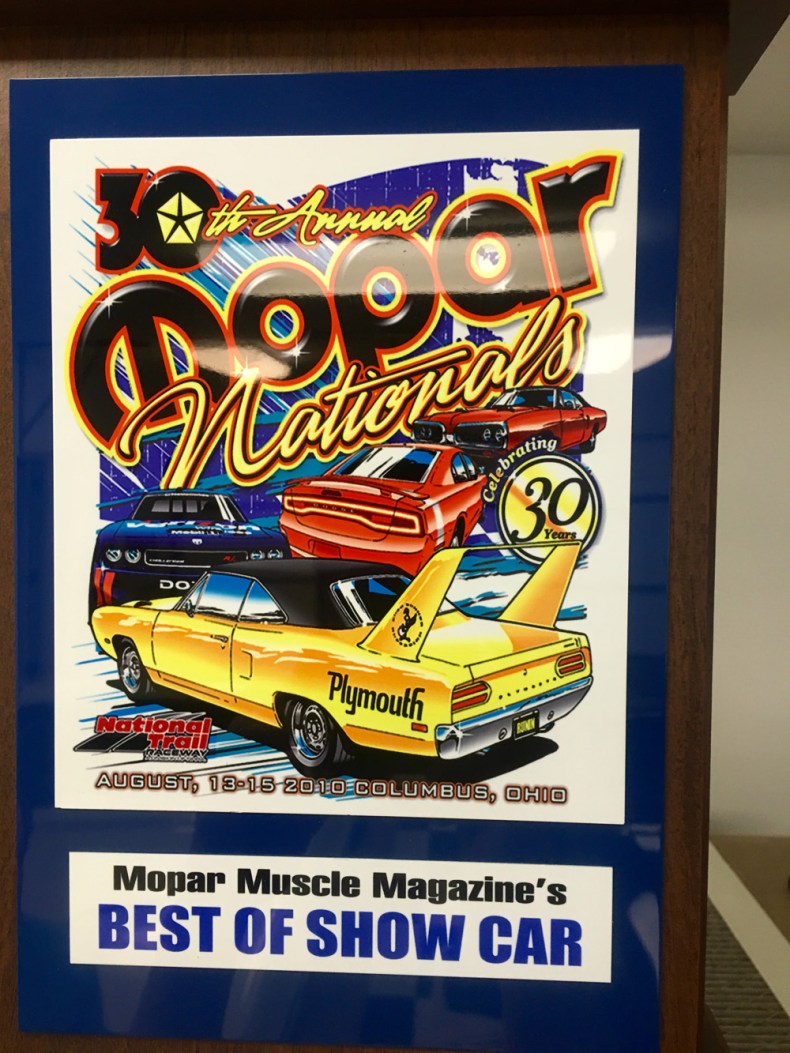 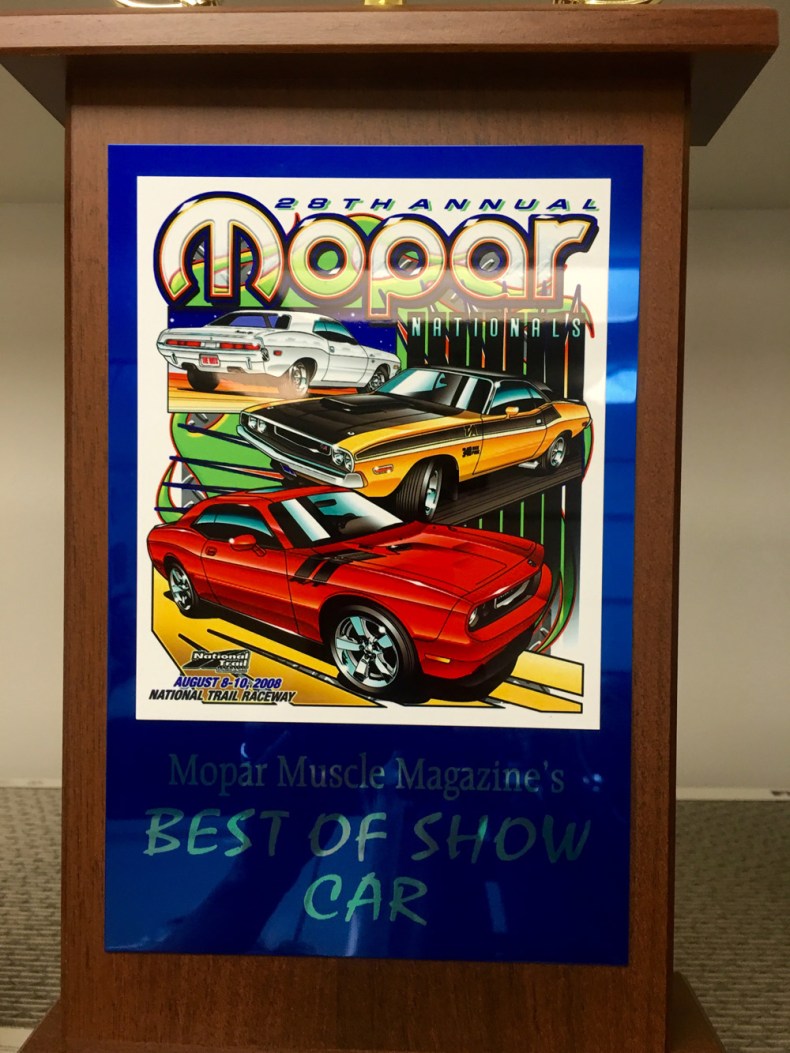 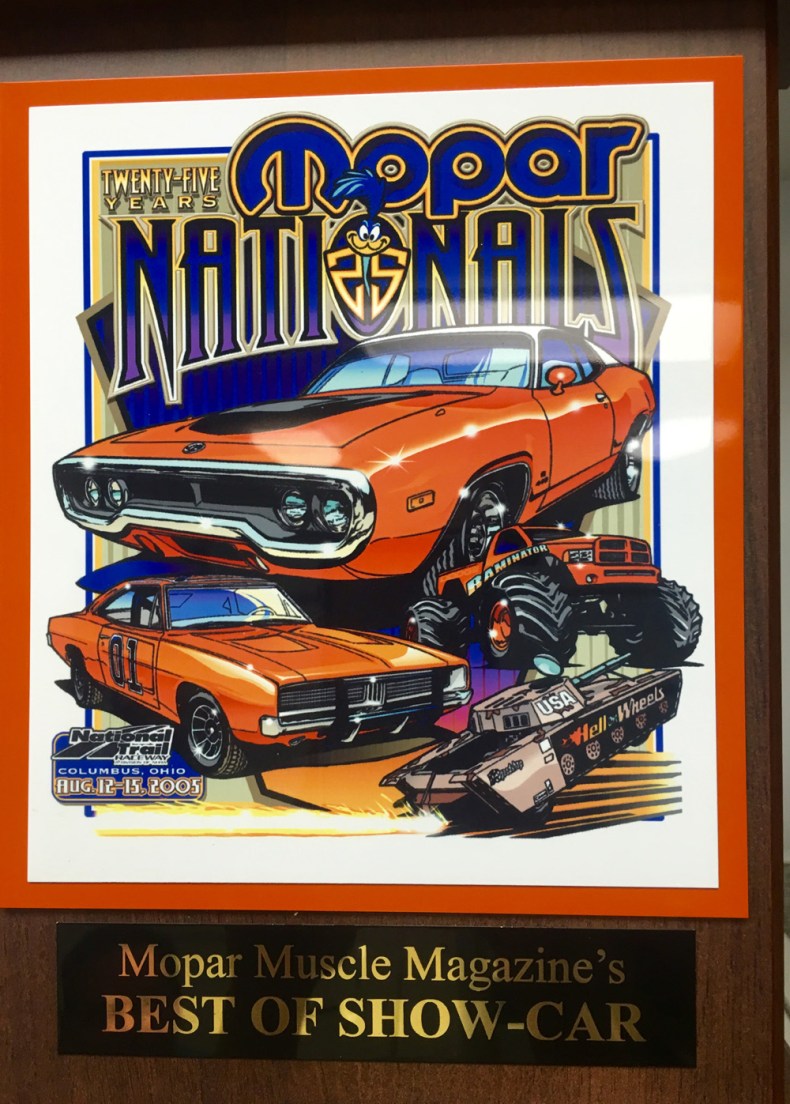 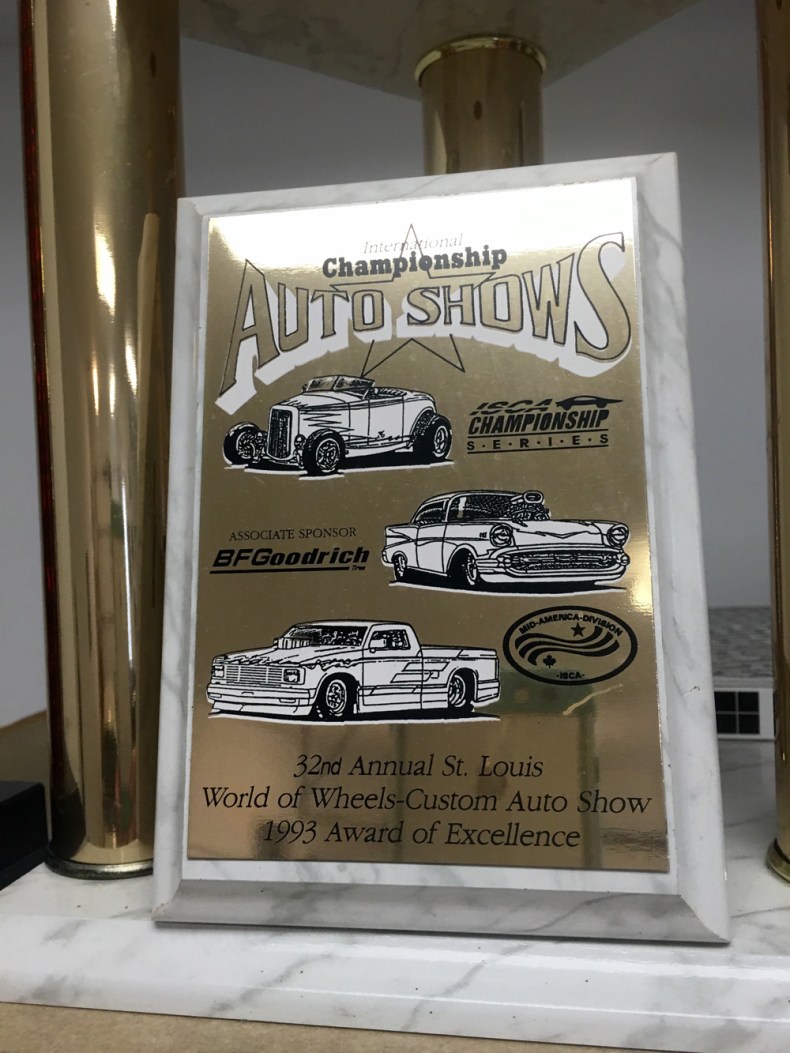 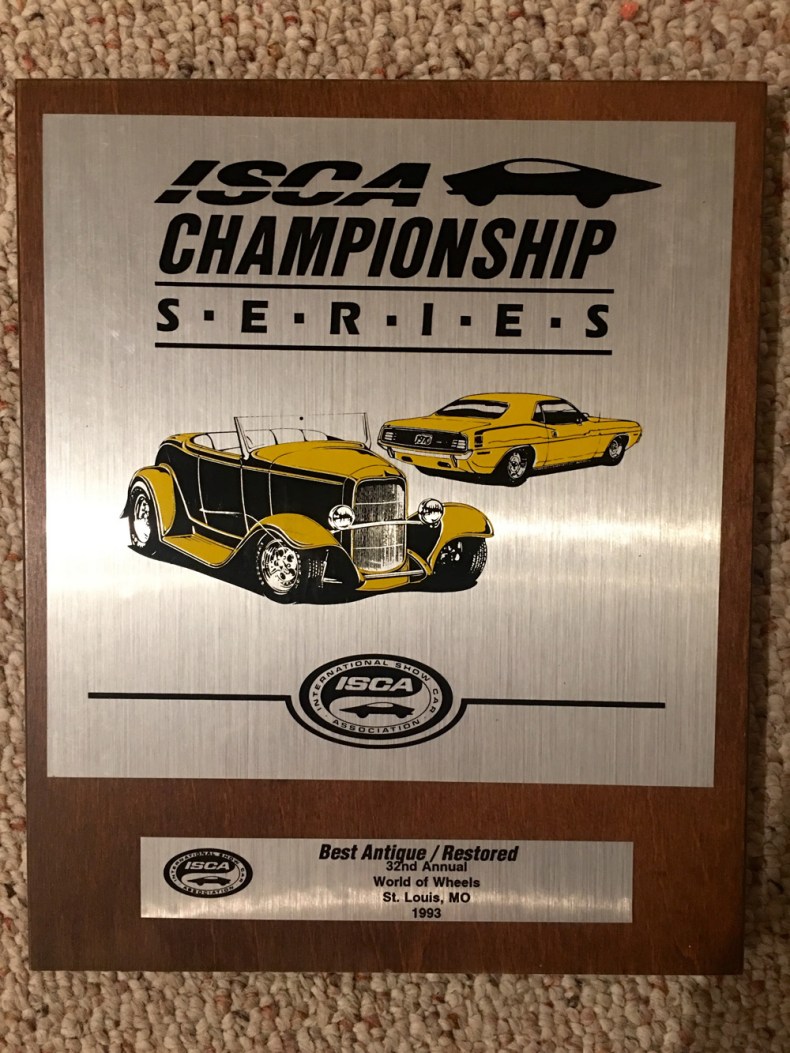 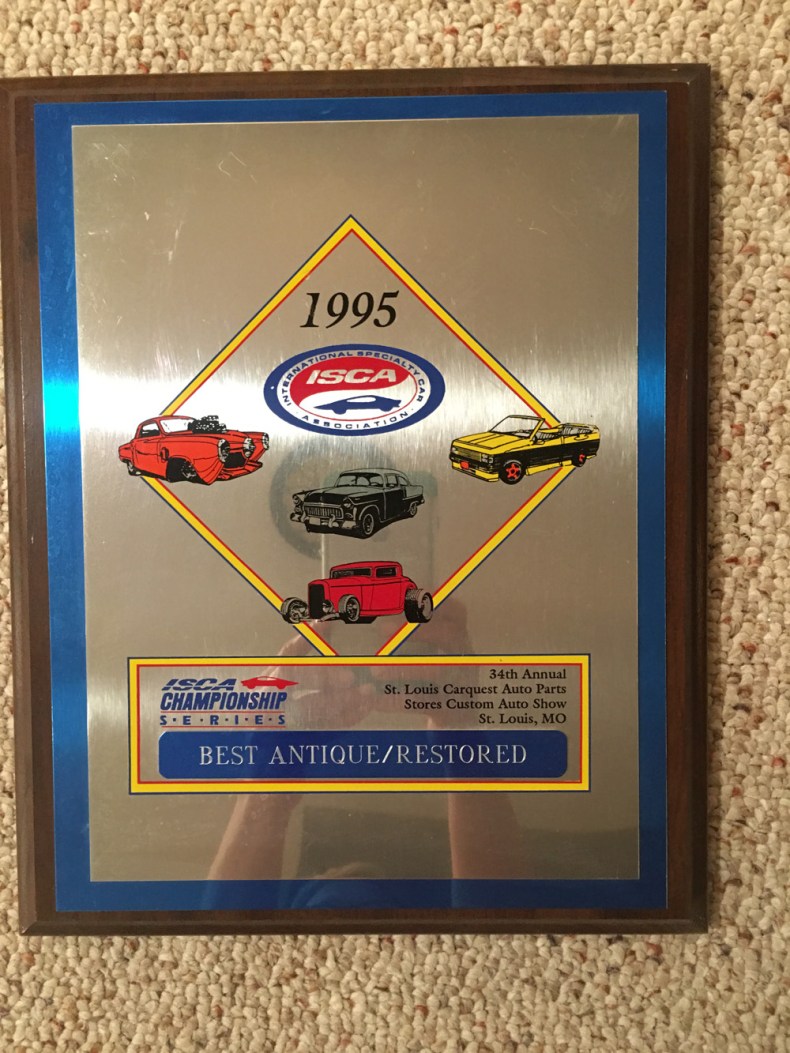 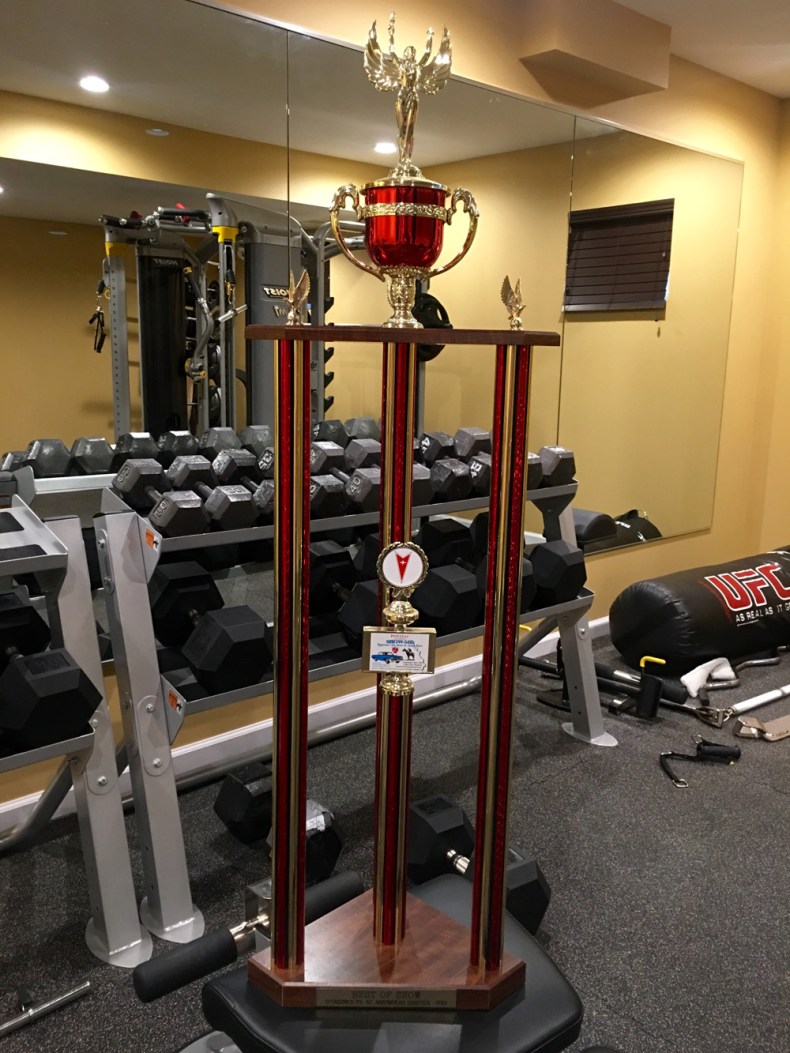 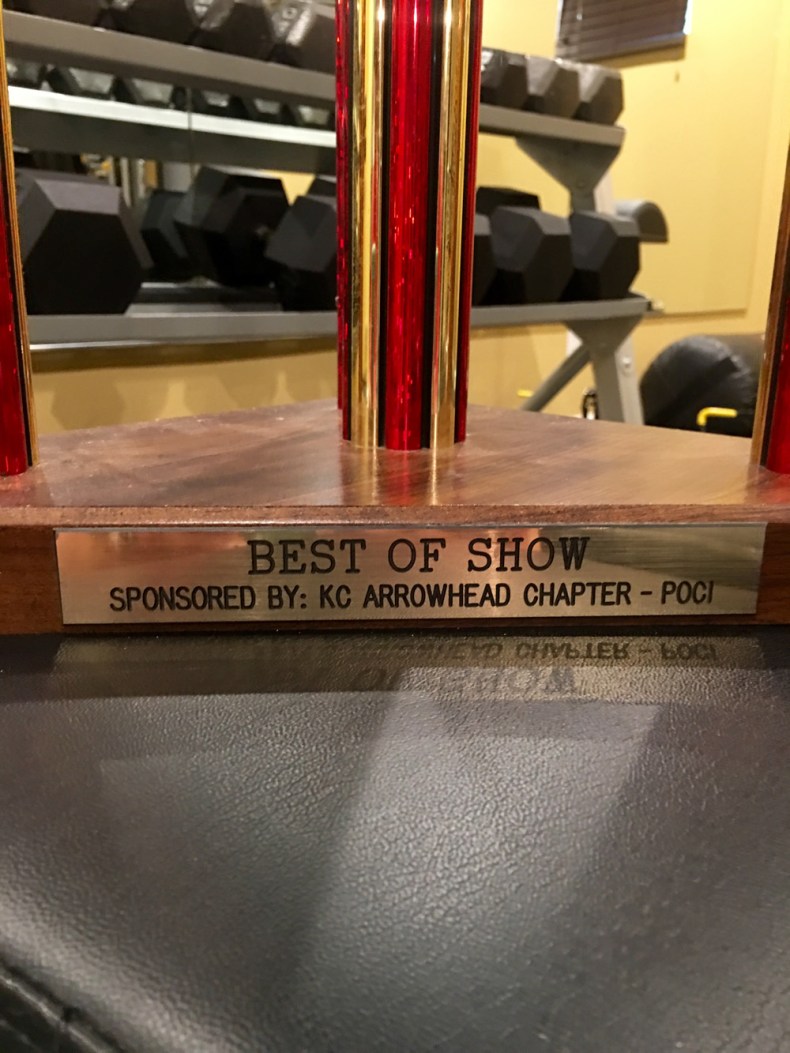 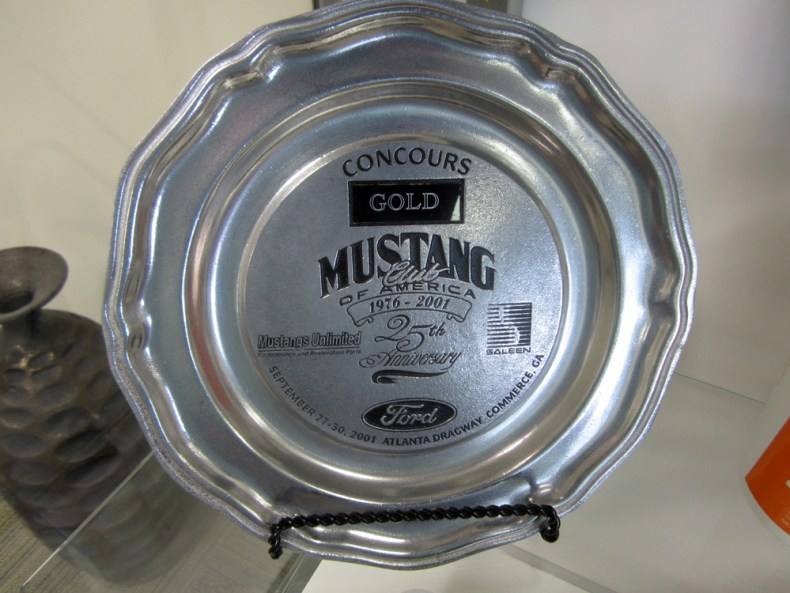 Engine Install from the bottom!

I was recently asked if we had installed the Engine the way it was done at the Factory. As many of you know, the Body was originally lowered onto the Engine/Suspension Assembly. We did this process in a similar manner. Below are few pictures showing the Engine being installed into the vehicle.

Speaking of the “bottom”, that is where many of our forum critics dwell & reside. They don’t understand what it takes to perform the type of work that Professional Automotive Fabricators are involved with. Their only claim to fame is sitting at a keyboard throughout the day, attacking those they feel jealousy towards. They’re bottom scrapers! For those types of people, we thank you for your continued support and obsession with the project. Stayed tuned for new updates as we enter into the Home Stretch of the project! Our planning and Concept Design work turned out just as planned. Our motto has been and will always be……..WHATEVER IT TAKES! 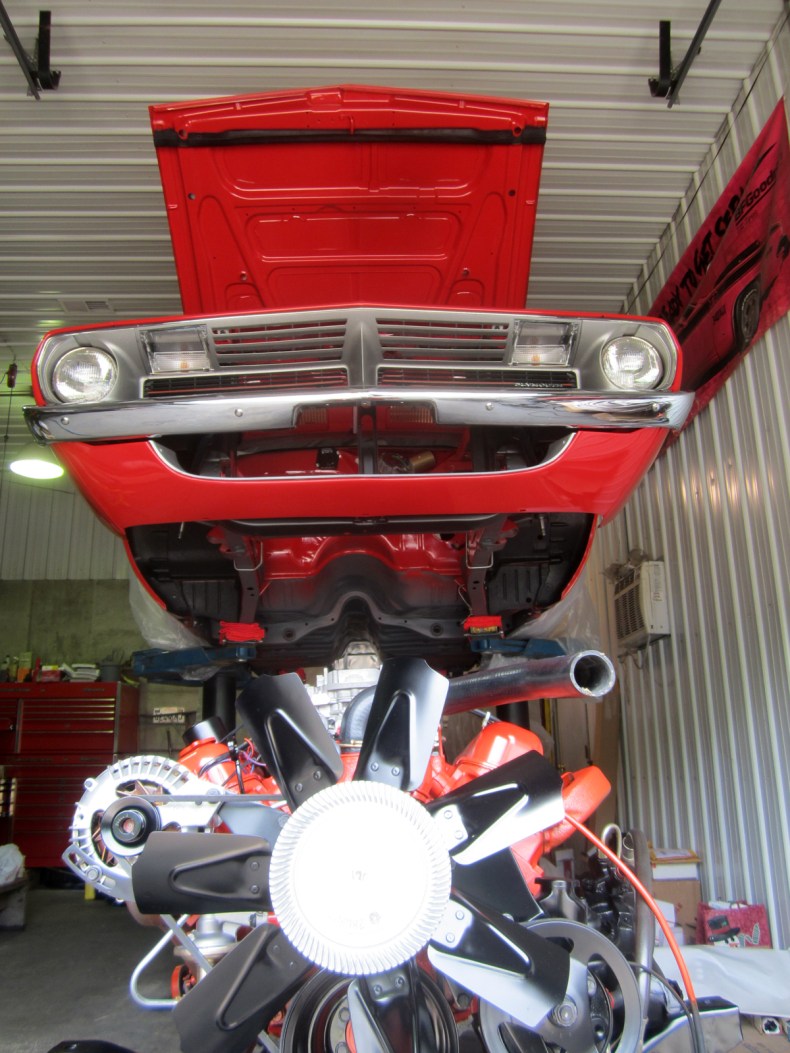 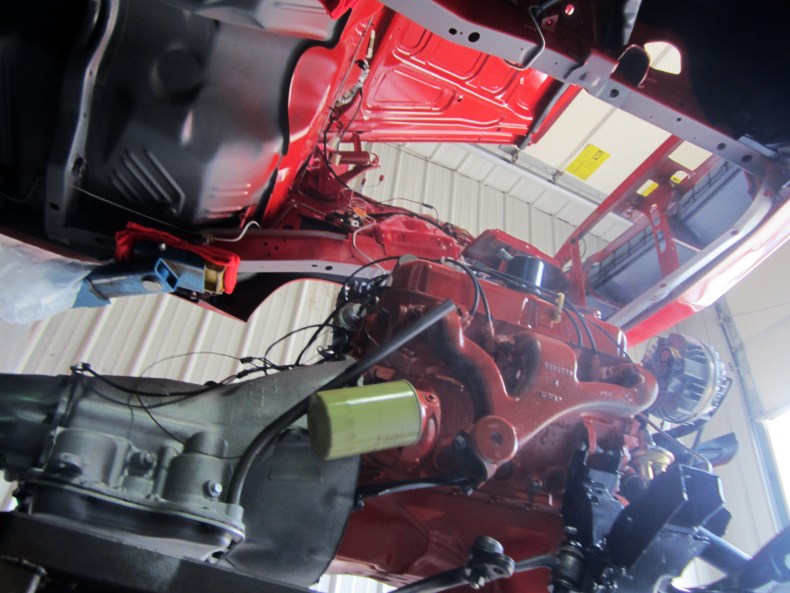 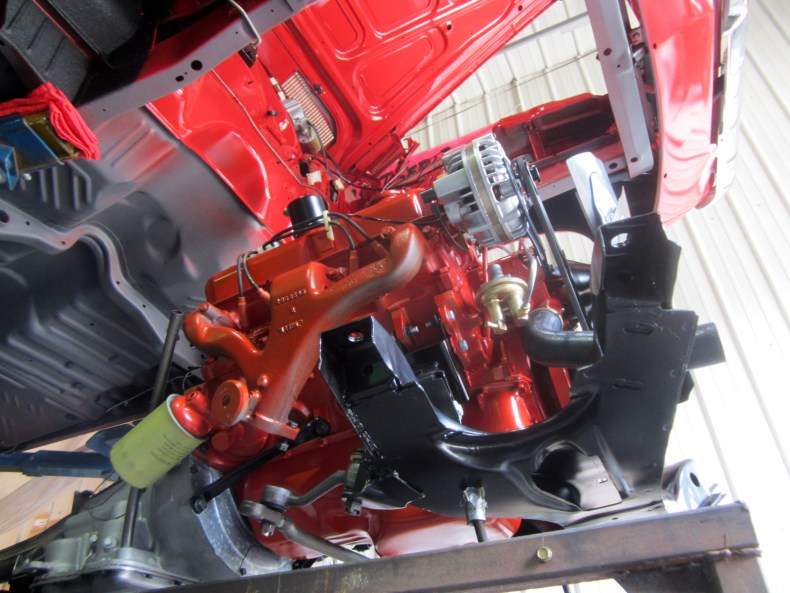 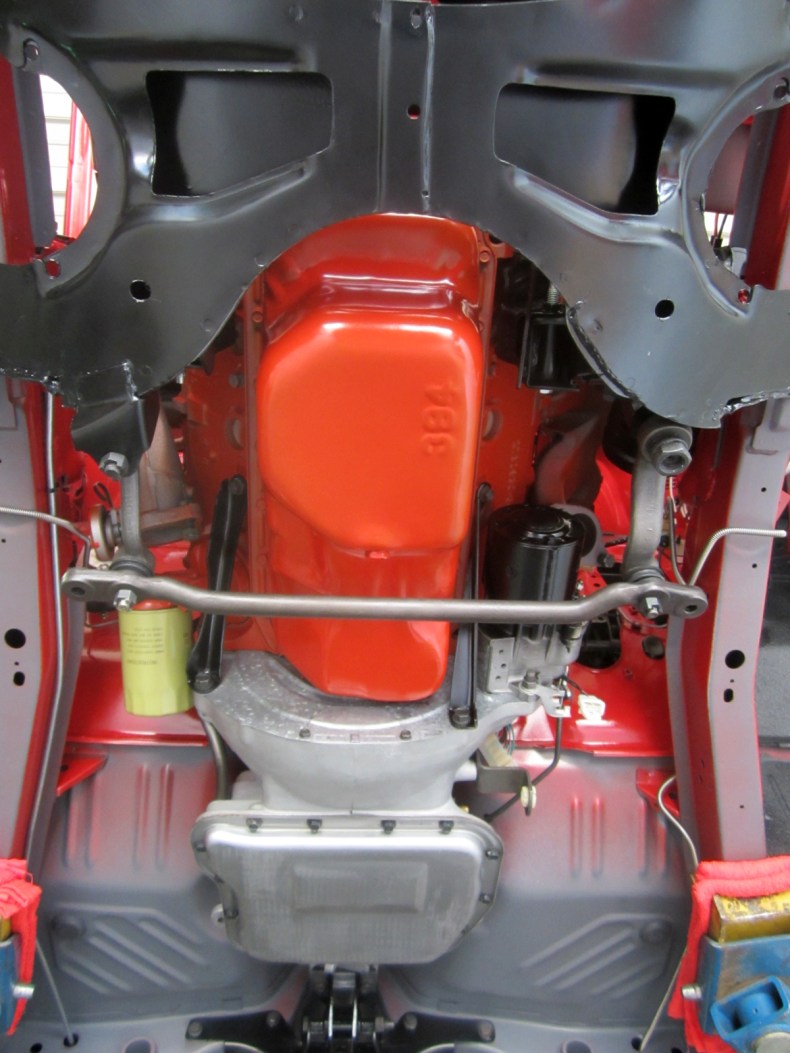